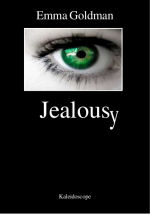 No one at all capable of an intense conscious inner life need ever hope to escape mental anguish and suffering. Sorrow and often despair over the so-called eternal fitness of things are the most persistent companions of our life. But they do not come upon us from the outside, through the evil deeds of particularly evil people. They are conditioned in our very being; indeed, they are interwoven through a thousand tender and coarse threads with our existence. 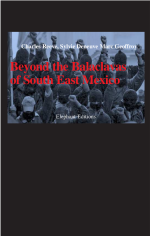 Books, conferences, videos, T-shirts, stickers, marches, committees and benefits abound, showing the many expressions of what has been defined as ‘the international of hope’. Yet no critique has been published on ‘insurgent Chiapas’ and the Zapatista National Liberation Army from the subversive point of view. Many anarchists have also given their contribution, without a word of criticism. Why is this?
Kaleidoscope 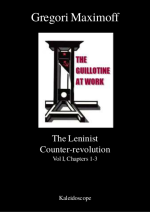 Originally published in 1940 in two volumes, this is the (partly eyewitness) account of the Leninist terror inflicted upon Russia. Maximoff, a life-long anarchist, fought in the Russian Revolution, organized with the metal-workers, and was imprisoned by Lenin’s secret police in 1920 when he refused to join the Red Army (he was happy to fight the Whites, but not put down workers' and peasants' uprisings). Exiled, he wrote this incredible volume, in English. Over the course of nearly 400 pages, he recounts not only the Leninist terror and reaction against the popular revolution, but shows how the actions of Stalin followed deliberately in his master, and mentor’s, footsteps.
Work in Progress 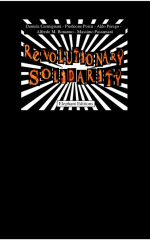 The concept of solidarity is not only used and abused by the various reformist syndicalist and humanitarian movements and even power itself, it is also sadly emptied of any content by many anarchists. The levelling is such as to reveal a symbolic attitude worthy of the Church but which allows us to put our conscience at rest.
Anarchist Pocketbooks 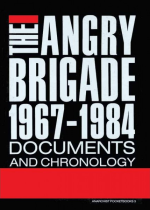 The Angry Brigade 1967–1984 Documents and chronology

Described as ‘mad’, ‘terrorists’, ‘adventurists’, or at best authors of ‘gestures of a worrying desperation’, the Angry Brigade were condemned without any attempt to analyse their actions or to understand what they signified in the general context of the class struggle in course. The means used to justify this were simple: by defining the actions of the Angry Brigade as ‘terrorist’, and equating this with ‘individualist’, the movement organisations—whose tendency is to see the relationship between individual and mass as something in contrast—neatly excluded them from their concerns.
Anarchist Pocketbooks 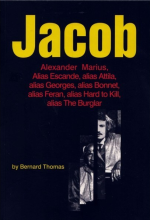 Rigor and precision have finally disappeared from the field of human procrastination. With the recognition that a strictly organisational perspective is not enough to solve the dilemma of ‘what is to be done’, the need for order and security has transferred itself to the field of desire. A last stronghold built in fret and fury, it has established a bridgehead for the final battle. Desire is sacred and inviolable. It is what we hold in our hearts, child of our instincts and mother of our dreams. We can count on it, it will never betray us.
Bratach Dubh 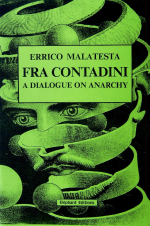 The numerous editions and translations of this pamphlet by Errico Malatesta all over the world have already demonstrated that its importance and relevance have been recognized universally.
Bratach Dubh 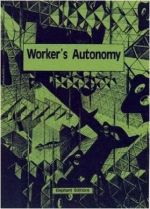 The growing contrast between the real workers’ movement and their ‘official’ spokesmen (parties of the left, trades unions, etc.) is a direct consequence of the latter’s failure to fulfil their professed task of freeing the workers from exploitation. Each day that passes demonstrates to whoever wants to see it that these organs have no intention of challenging the basic structure of capitalism, and are now making quite unashamed appeals to the workers to make sacrifices, accept unemployment, wage cuts, increased prices and so on, in order to save the economy for their employers.
Bratach Dubh

Now that the tragic history of fascism has run the full course of its formal development, culminating in the modern democratic State, Rühle’s article becomes more readily comprehensible to us. It was written at the end of the thirties and dedicated to the contemporaneous struggle against both bolshevism and fascism. The real dominion of present day capitalism shows the authoritarian designs that have provided the platform for contemporary fascism (camouflaged by democracy), and those of contemporary bolshevism (camouflaged by the dictatorship of the proletariat) to be quite similar.
Kaleidoscope 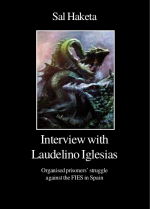 Laudelino spent 25 years in prison between October 1980 and August 2004. Of those 25 years, he spent 13 in isolation. He inaugurated the archive for internal prisoners under special observation in the FIES, in 1991.