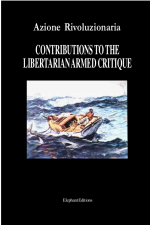 An armed revolutionary organization is an indispensable instrument in the struggle against oppression. This is beyond doubt. The problem arises with regard to the limits and structures that this organization must give itself in recognizing itself as a means and not as an end.
Work in Progress 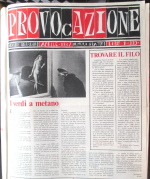 This paper was born from the need to accompany the review “Anarchismo” with an agile publication capable of developing ‘circumscribed and condensed’ analyses. Political and social analyses, leaflets, communiques and documents of the anarchist movement as well as of other groups and organisations, as well as many short and very short articles concerning attacks on the structures of power, news items testifying forms of spontaneous rebellion, that are manifesting themselves with different modalities and often turn out to be quite extraneous to the specific ambit of the anarchist or antagonist movement.
Starting from a series of analyses — concerning among other things, the modifications in the productive structures, the perfectioning of information technology, transformations in the world of work and school, the progressive cultural emptying — a perspective of struggle is outlined: not only the attack on the ‘great temples of death’, on the ‘visible complexes that attract everybody’s attention’ but also and principally small and often simple objectives, peripheral structures spread over the whole territory that are beginning to take on increasing importance for capital: factories, commercial structures, seats of power, but also electricity pylons, communications cables, everything that combines in the development of capital and the continuation of exploitation. These analyses and proposals precede the publication of ‘ProvocAzione’ in part, but in this paper they are gone into further and turn out to be still, valid at the present time.
Detritus 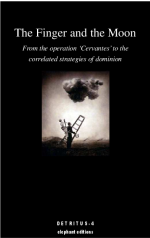 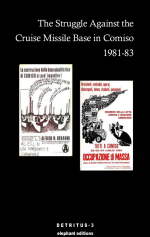 The struggle against the Cruise missile base in Comiso 1981–83

Comiso in Sicily became a prime place on the NATO nuclear armaments map, having been chosen to house 112 cruise missiles. A prosperous commercial and agricultural centre, it is characterised by poverty and unemployment, a situation that prevails among Sicilian peasants and manual workers. In contrast to what was being said by the Italian government — that the missile base would bring wellbeing and jobs to the area — some local anarchists (comrades in Ragusa and Catania) decided to give a more realistic picture based on the social and economic effects that such a base would have, along with the organisational proposal to form self-managed leagues in all the area, which would coordinate to occupy and destroy the base.
Work in Progress 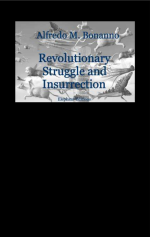 Our task as anarchists, our main preoccupation and greatest desire, is to see the social revolution come about: a terrible upheaval of men and institutions which finally succeeds in putting an end to exploitation and establishing the reign of justice.
Work in Progress 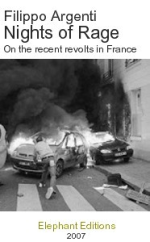 Filippo Argenti
Nights of Rage On the recent revolts in France

This booklet is a modest contribution to understanding the recent revolts in France. Needless to say, it is not sociological or, in a nobler sense, theoretical insight. Revolts can only be understood by those who have the same needs as the rebels, that is to say by those who feel they are part of the revolt. After a brief chronology, in fact, the pages that follow pose the question of how the events of November in France concern all of us, and also try to give a possible answer.
Detritus 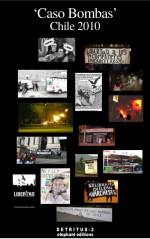 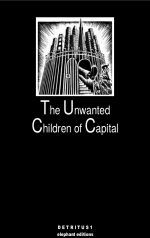 What is a CPT (the Italian for immigration detention centre)? It is a place where the Italian State locks up all immigrants (children, women and men) who do not have stay permits. It is a modern concentration camp where undesirables are confined before being deported.
Immigration detention centres exist all over fortress Europe, as the bosses establish that only certain immigrants are allowed to stay; the others, those whose face doesn’t fit and cannot be exploited as cheap labour, are locked up in prisons especially created for them and held until they are deported. They are ‘guilty’ of coming from lands where mere surviving is impossible, owing to famine and war, desertification and ecological disasters, industrial reorganisation and mass dismissal.
Kaleidoscope 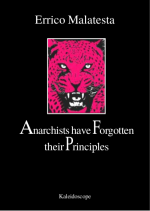 At the risk of passing as a simpleton, I confess that I would never have believed it possible that Socialists—even Social Democrats—would applaud and voluntarily take part, either on the side of the Germans or on the Allies, in a war like the one that is at present devastating Europe. But what is there to say when the same is done by Anarchists—not numerous, it is true, but having amongst them comrades whom we love and respect most?
Fragments 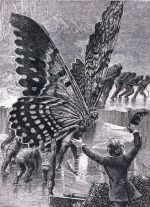 To launch a struggle against a precise aspect of power that is oppressing us, against a repressive structure under construction like the maxi-prison, is to pose the question of destruction. Because that’s the only way to put a final end to the structure in question. To believe that an enormous project such as the maxi-prison can be prevented by the gentle voice of petitions and legalist opposition is not only to deceive oneself but also everyone else, all the oppressed and excluded. No, such a struggle must pose the question of insurrection: stopping the progression of power by force and self-organisation. But how pose this question? With the aid of attempts if not similar, at least moved by a similar will in the past, comrade Alfredo M. Bonanno will throw some light on this crucial question.